Specification, acquisition and implementation of a Financial Management Information System and other PFM reforms – Maldives 2006 – 2008 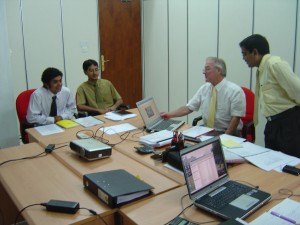 The Maldives is a small country comprising some 1,180 islands, of which about 200 are inhabited.  Despite its small size the Maldives faces all of the challenges of any other sovereign state, but with the added challenge of the dispersion of the population across the islands.

As part of a programme of PFM reforms, a Commercial Off The Shelf (COTS) Financial Management Information System (FMIS) was acquired and implemented. The reform programme also included reforms to budget and accounting processes, legislation, accounting standards and training.

The FMIS was specified using a participative approach as developed on other projects (see the Bosnia Herzegovina case study).  Bid documents were prepared under the World Bank Two-Stage IT acquisition procedures, proposals requested and support provided to the selection process (including training Government staff to undertake the evaluation). The whole exercise through to contracting was achieved in less than 12 months.

Subsequently the project supported the implementation of the FMIS by providing project management, training a team of Government staff to develop and use test scripts and then to train users, ensuring functional requirements achieved, and supporting the rollout of the implementation.  This was a rare example of an FMIS acquisition and implementation that substantially achieved the target functionality on time and within budget.

We have also supported the development and specification of FMIS in Moldova, Nepal, Papua New Guinea and Nigeria.

Photos of the Maldives