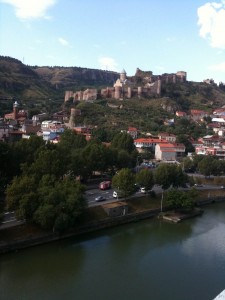 Michael Parry Consulting associated with a Georgian consulting firm to field a team of consultants led by Michael Parry.  The task was to design a comprehensive strategy for Georgia to progressively implement International Public sector Accounting Standards (IPSAS) in a phased manner over a 10-year period.

A plan was developed and discussed at a series of workshops before being formally adopted by the Government.  The plan included procedures for the institutional and legal framework, organisational and technical reforms.  The IPSAS implementation strategy strategy envisaged moving from cash through a form of modified cash to full accrual accounting and IPSAS compliant reporting by the end of the period.  A new chart of accounts for the public sector enabling both IPSAS and IMF GFS 2001 reporting was designed.

The IPSAS strategy has been formally adopted by the Government of Georgia and is currently being implemented.

We have also developed IPSAS implementation plans for the Gambia, Albania and the Maldives.